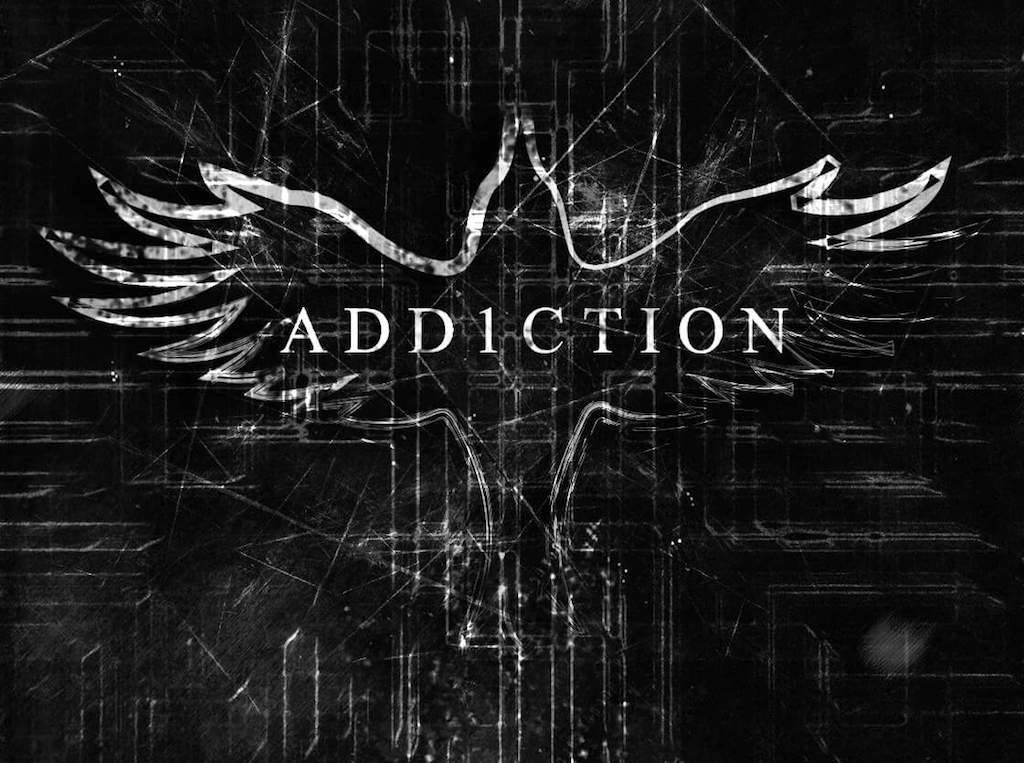 I was scrolling through my Twitter feed recently and came across a new video from a band that had followed me not too long ago. At that point I really hadn’t had the time to check them out, as I get new bands following me a few times a day and (even though I try my best) it is hard to keep up with all of them.  Although their video had just came out a few days before, it was already in the five digit figure for views. So I thought I should probably see what type of video from an indie band would get that much play time that quickly. So I hit the link and was blown away by what I heard. “Nothing Left to Lose” was a great nu-rock anthem about not giving up and continuing to fight for what you believed in. The song was so great, I knew I had to do a bit more research. So I found their EP on Spotify and took a listen. Each song was an amazing mix of rap and rock that was well written and produced. I wanted to know more about this great band I hadn’t heard of yet, so I contacted them to see if they might want to talk with us. When I reached out, their drummer Aldo Casas responded back saying that they would love to talk with us, especially since they try and use their music to inspire others. Check out what he had to say and learn more about this amazing band:

For those who may not know Add1ction, can you give us a brief overview of how the band came to be.

Add1ction originally started off with three members, (brothers Manny and Aldo, and best friend Johnny) All three of us shared the same passion for music. Our fathers are also musicians, so growing up there was always instruments laying around. We started off by picking those instruments up and messing around with them, until eventually our parents took notice and bought us our very first set of drums and guitars, we were excited. We started off like a lot of musicians do, by playing along to other people’s music, until we eventually discovered our own style and sound. We knew we had something special going, but we were missing something, a bass player. That’s when we decided to look for someone with high energy, creativity, and of course someone who would fit in perfect with us, that is when we came across our fourth member, and bass player, Paul. Now the band was complete and we were ready to start writing music together. And here we are now.

Your EP, Addiction Nation, came out in March and features the singles “Who I Am” and “Nothing Left to Lose”. In my opinion, it is an amazing album that leaves you wanting more. Are there any specific plans for the rest of year for Add1ction? Any shows or tours in support of the EP? Maybe some new material in the future?

Definitely, we do this because we love it. We will continue to write new music for as long as we can, and hopefully make this a career one day. As of right now we plan to expose ourselves through social media to get our name out there to as many people as possible, but we do plan on doing a few local shows to promote our EP, yes.

Your first official video for “Nothing Left to Lose” was just released this month and has already hit over 23,000 views (30,000 as of now). Which is quite astounding for an independent band to do in a little over a week. Congrats! How did the concept for the video come about and why did you choose “Nothing Left to Lose” as your first official video?

Thank you, we owe this to our amazing fan base, and of course our family and friends for sharing our video, and spreading the word about us. We have an amazing support system behind us, and when you have that, it’s really hard to fail at something. This goes for anything in life in general. We are truly blessed. The concept of the video was really by accident, we were driving around looking for a good location, when we came across this deserted place which we felt would be perfect for our first music video. The video really shows a first look at the band since we hadn’t really put out any pictures or videos of us. As far as the song for the video, we decided to go with “Nothing Left to Lose” because we felt it was the perfect song, with the perfect message behind it. The song is about losing it all and overcoming adversity, so we really wanted to bring this song to live with a music video. –

Your music, especially songs like “Nothing Left to Lose” have such a powerful message of overcoming whatever is dragging you down and rising up to become a better person. How much of your music is based off of personal experiences?

All of our music really is based off of personal experiences, from past relationships, to the band having to overcome different obstacles. Trying to come up as a musician you really have to sacrifice a lot of stuff, and sometimes end up losing relationships over it, or having to go through bad business at times, it’s all part of it, so we try and reflect that in our music.

You had told me when I first contacted you that your goal is to try and inspire through your music, which I find truly admirable. Was this something that the band had set to do from the start? Or did it come about more organically as time has gone on?

Yes, ever since we started writing music we wanted to have meaningful lyrics that people can relate to. We love listening to music with a good message behind it. If we can help someone going through a tough time in their life with our music, then we have done our job.

Who has inspired you most in your life?

Our parents mainly. They have been there for us since day one, supporting us, and putting up with all the noise we’ve been making for years now, without ever complaining. We do it for them. We want them to feel proud of buying us our first instruments, and seeing what we can do with them now. We want to make them proud. 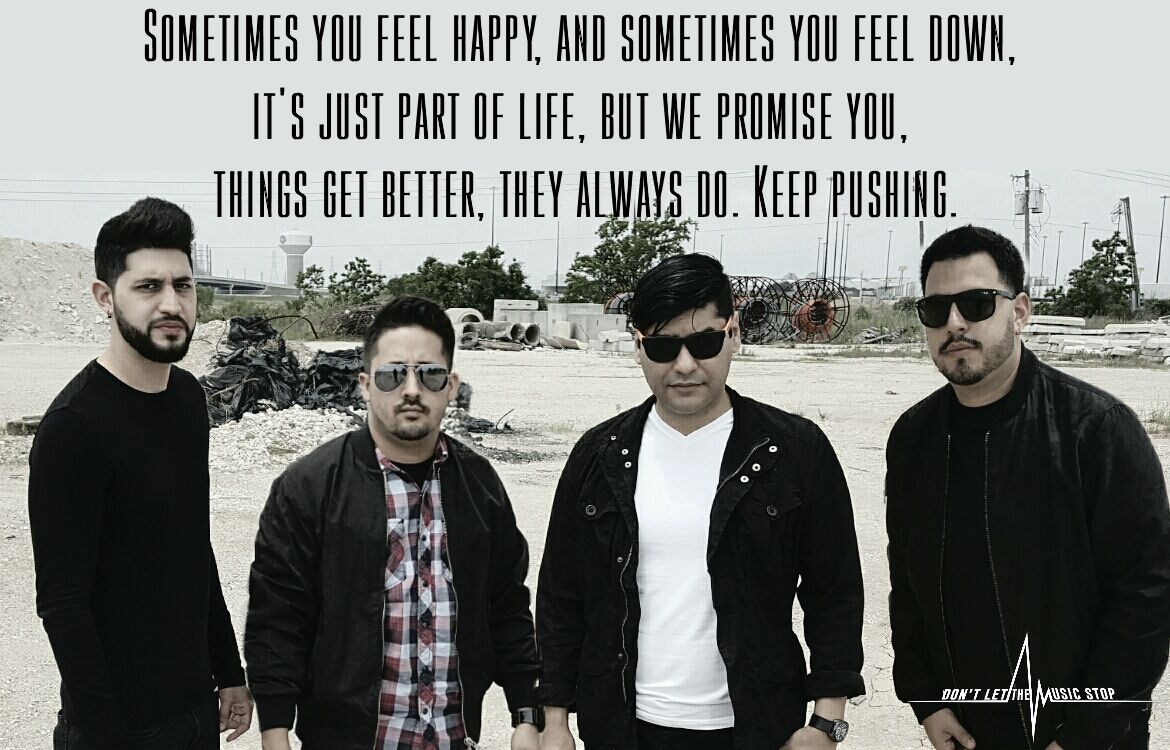 What would you like those that are out there that are having a hard time dealing with life to know?

That everything is temporary. Whatever you are going through in your life right now, is only temporary. You are not gonna feel that way forever. Sometimes you feel happy, and sometimes you feel down, it’s just part of life, but we promise you, things get better, they always do. Keep pushing.

We have a playlist on Don’t Let the Music Stop that is comprised of songs suggested by those we interview. Could you give us a few songs that you go to when you need a little inspiration or a boost?

I would like to say a huge “Thank you” to Aldo. It was a true pleasure to talk with him. Make sure you check out and follow Add1ction on your favorite social media platform, and pick up their EP in their shop:

If you are a musician, no matter your fan base, and would like to share your story or be interviewed by us, please use the contact form at the top of the page. We would love to hear from you. And if you are someone who has been helped by music in your life, we would love to hear from you also. We can help you share your story, publicly or anonymously. Your story could be the reason someone makes it through another day.

Never give up, never give in. You are needed, you are important.​​

Once you realize that you are not alone in your st

Remember, while granting others your empathy, to s

We are all a little broken, just never let your fi

One of the symptoms of long term EEE is cognitive

"Hang on to the light in your eyes and the feeling

Don't forget to include yourself. #quote #inspira

"When you're dying in darkness with your demons Th

Just as we look to the artist for our inspiration,

A small reminder from @kobraandthelotusofficial of

I have been quiet on social media for awhile now a

You are not done becoming who you are meant to be.

The more intense the darkness, the brighter the li

Sometimes the best thing we can do for someone who

Reach out to a friend today and let them know how

Give your light to the world. #inspiration #quote

No comment needed. Just make sure you stay. #stay

With a new album full of themes of mental illness

We are all broken in our own way, but that is what