When most people think of the name Sheeran, they think of singer/songwriter, Ed Sheeran. But there is actually another extremely talented Sheeran, Jethro “Alonestar” Sheeran. Jethro is an amazing rapper/producer from England that, just like his cousin, Ed, knows how to write some very catchy and meaningful music. I had came across a few of his songs about six months ago, and liked them immediately. With all of the positive messages he shares almost daily on his pages, coupled with his amazing music, I knew I wanted to see if he would talk with me about life, music, family, and mental health. I contacted him via Twitter one night and he immediately said he would love to help out. But things just didn’t work out at that point, because we lost contact due to everything he had going on with preparing for the release of his latest album, “Cornerstone”, which is now available globally through I-Tunes. When we started doing more interviews for Don’t Let the Music Stop, I just knew I had to do one with Jethro. So, I tried to make contact again, this time going through the proper channels. Once word got to Jethro, and he learned what our mission was, he generously agreed to talk with us. Here is what he had to say:

Thank you for taking the time to speak with me for Don’t Let the Music Stop. For those who may not have heard of Alonestar yet, can you give us a brief idea of who you are and how you would describe your music?

I’m Jethro Sheeran my artist name is Alonestar, I’m a music producer, writer and Rapper from Bristol. I work mainly in London but gig all over the country and travel abroad a lot. I would describe my music as a  hypnotic sound, darkly sensual and  cinematic fusion of  Hip hop / Trip hop rhythm with conscious lyrics and soulful melodies and deep vocals.

Who would you say has influenced your musical style?

I would have to say 2pac, Nas, massive attack, Bob Marley, Bob Dylan, Eminem and Royce 5’9 , the “Bristol sound” has influenced me alot also as well as many film scores and movie music.

Now that your latest album, Cornerstone, is out and available everywhere via ITunes, are there any plans for shows or tours to support the album?

Yes, we are planning a UK tour this summer and a European Tour With MIMS  (Music in my soul) Europe straight after so I’m very excited for this.

I do yes, I live and breathe music and I’m so honored to have a good strong fan base especially on social media. I will always find time to give back, answer questions and relate with my followers. As my fan base is growing it does become more difficult to respond to each individual but I truly love and appreciate each and every one. I’ll always be the kind of artist that interacts with my audience.

Your positive messages, both musically and on social media, is one of the things that endeared you to me when I first discovered you and your music. How important do you find it to try and stay positive, especially when it is so easy to take the darker route with all that is going on in the world?

Wow, thank you, I try and stay as positive as I can, I just choose too. But life does kick you down. But its how you get back up, learn from it, and move forward. I try not to look to the past too much as the future is where I’m gonna spend the rest of my life. There’s always a positive that somehow comes out of a negative situation, so I try and focus on that. The power of love is so big, and giving back and helping others is so important to me. I love people and life.

Lillian and Skyla Rain were both written about family, and you have worked with your cousin on a quite few songs. Not to mention you are always posting images and videos about Skyla, your mother, and other family members and friends. How important is family to you, and how much of your music is influenced by your family?

Family is everything to me, relationships, children, and friendships, I always say, “Take away the fame, the money and all the glitz and glamor and the person you have left is what’s important”; and we, he, or she has to be rich in heart. Health is wealth…and keep good, strong relationships. I feel very lucky I have so many amazing friends and family around me and its does cross over into my music. Skyla is my muse. I love that little girl more than life itself and I always find when I’m down or sad I think of her, and write something positive it gives warming to my heart and soul. I’m very close to my mum too and have written her a song named “Love You”, it’s one of my favorite songs I’ve written and produced. 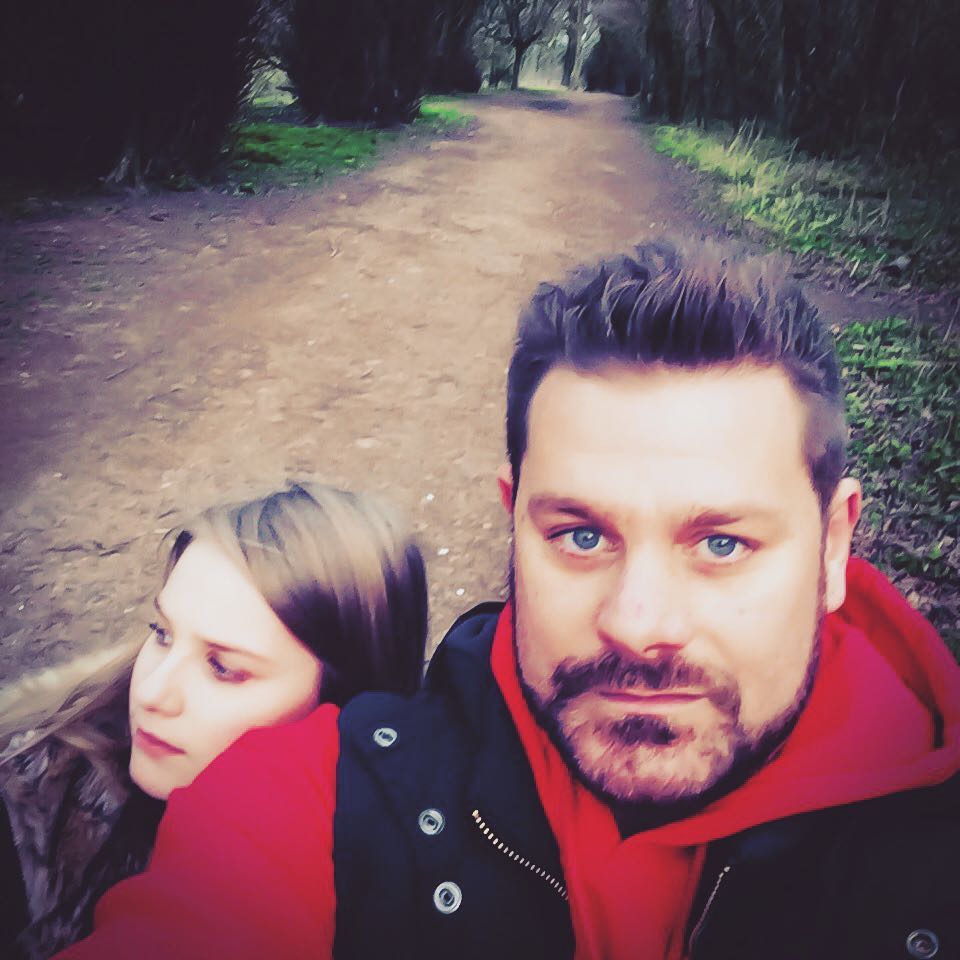 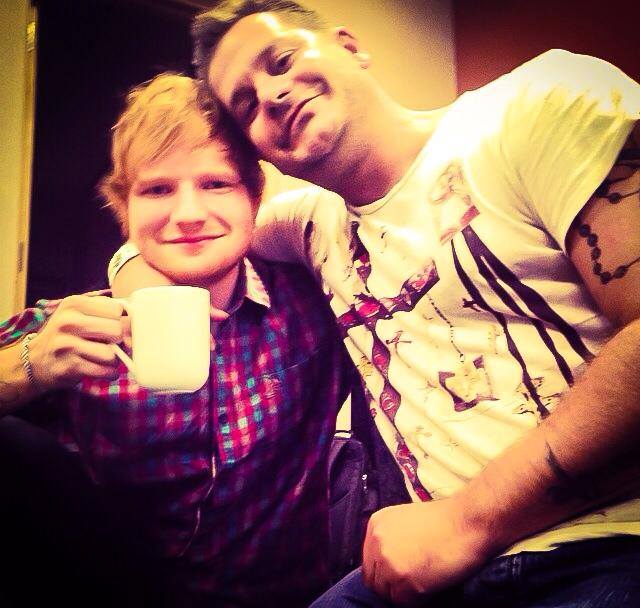 And, speaking of family: I was wondering, as a father of a beautiful daughter myself, how is Skyla taking to all of the attention that the both of you seem to get from all of your fans?

That’s a funny question because Skyla won’t let me have a girlfriend, lol! She tells me my mother and daughter is all I need in my life, bless her. She does get overwhelmed sometimes. I played at Bestival festival a few years ago and she came along with my mum and some friends and had a great time, but felt it was weird when people would come up and hug me or ask for an autograph…it’s weird for me too when it happens.

Hold on my Child is probably the song that got me hooked on your music. Besides being a great song, it has a very powerfully positive message of never giving up. Songs like Hold on My Child have such a great impact on those that may be going through a tough time by giving them something they can relate to. During the writing process are you conscious to the messages that you are putting in your music, or is it more of an organic process?

That’s also one of my fav songs. I really went deep inside myself and wrote that in one day at the studio. When I feel something deeply it pours out of me, into the pen, and outward.  The message is how I feel. I  think it works both ways with me, sometimes its a conscious effort and sometimes I’m writing and it just flows and I put it on the mic. And when I listen back and hear the message back and its like hearing another person. I always try to give a positive message but I keep it real as well and speak my mind and what’s in my heart.

How much of your music would you say is based on personal experiences?

Most of my music is based on personal experience. I wrote a song called “Shottas Paradise” that was for a movie theme tune, so I read the script and based it around that. But, I took the story from personal experiences, similar to an actor building a character for a movie role. If something is bothering me or I’m in pain and feel hurt, I write. It’s like therapy, kind of like a self harmer cuts them self and the blood calms them down as its a releases and you focus on that rather than whatever it is that’s haunting you…once its out of me I feel a relief.

We already covered your musical influences, but who would you say has inspired you personally in your life?

People that have inspired me personally is obviously my mother. She’s so caring, she’s been a nurse for 45 years looking after people. She has a big heart and spirit. She will definitely be going to heaven! Also my health Guru, Jason Vale, the juice master hes changed my life with juicing and well being. I go to his retreats every year to detox and reset my mind body and soul.I read a lot of self help books, I love Tony Robbins and Dave (avocado) Wolfe. My daughter inspires me. I’m a big boxing fan and Joe Calzaghe is a friend and he’s always inspired me with his training, discipline and talent. Too many artist and musicians to mention but I’m a huge fan of Bob Marley

What would you like to say to those out there that might be going through a rough time or dealing with mental illness?

I really feel for people going through mental illness, I’ve suffered terribly from depression, anxiety and panic attacks. I know how it feels to wake up and feel “The Fear”, lack of energy and enthusiasm, suicidal thoughts, and social anxiety. I’ve learned to live with it. Medication does help sometimes, but it doesn’t get to the root of the problem. I always find writing helps as, explained in my previous answers. I think talk therapy is good…speak about it and don’t hide it, its nothing to be ashamed of.

If you have a chest infection you take medication to cure it, and there’s no stigma attached to it; but if you medicate for your mind being unwell or the chemicals are unbalanced, people may feel ashamed and think others will look and think of you different like you are weak or crazy.

It takes a lot of courage to deal with mental illness, and to even talk about it. But I believe it should be out in the open and spoken about with more awareness. Suicide is one of the biggest killers of men between 20 and 49 in the UK.  Mental health is something you try to learn to live with as best you can. I recommend if anyone has any suicidal tendencies or feels low, depressed, or anxious to seek professional help and talk about it…be honest and be brave. Mike Tyson said  “We are only as sick as our secrets. We are not sick when were telling our stories” 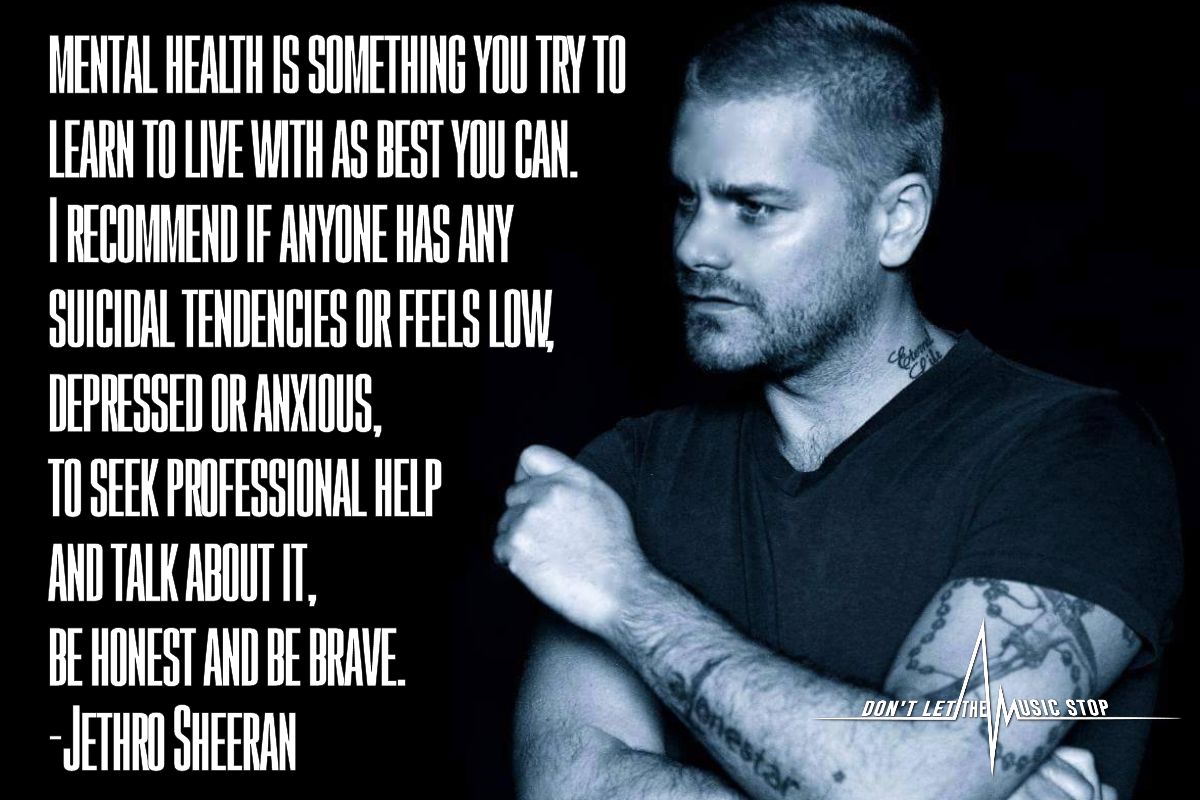 I have a YouTube playlist that consists of songs suggested by artists that I have interviewed or worked with. Can you give me a song or two that you feel needs to be on the playlist?

Absolutely “Skyla Rain” and “Out of Control”. I’m filming a new video next month called “In This Lie”so i would love to send it to you.

That would be amazing, I would love if you could. Thank you so much for taking the time to talk with me today.

Thanks so much for this interview, live hard, love strong! Alonestar